What is Ski Jumping?

Ski jumping is a winter sport in which competitors aim to achieve the longest jump after descending from a specially designed ramp on their skis.  A ski jump begins with the approach, or inrun, which often starts on a scaffold, or tower; the jumper skis down it in a crouched position, accumulating speed (as much as 62 milesper hour) until he reaches the takeoff, where he springs outward and upward.  Along with jump length, competitor's style and other factors affect the final score.

What is Nordic Combined?

Every kid dreams about flying through the air.  The PCSS Ski Jumping and Nordic Combined programs make those dreams come true.  Our certified coaches teach skiers how to execute jumps safely while enjoying the thrill and exhilaration of the flight.  We aim to foster love of the sport and provide an environment that offers each athlete the opportunity to pursue excellence in competitive nordic events if desired. 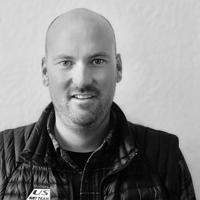 Started skiing at the age of 4 in Alaska, starting ski jumping and Nordic combined at age 9. Moved to Colorado when I was 13 and ski jumped with Steamboat Springs Winter Sports Club. I was asked to join the U.S. Ski Team in 1996 (at the age of 16) and was with the team until 2007. I competed in multiple World Championships from 1999 and on and competed in 3 Olympic Games (1998, 2002, 2006). My best result was 4th in a winter World Cup and 11th in the Olympics. I had the honor of taking and coaching the 1st ever Olympic Women's Ski Jumping team in Sochi, Russia for the 2014 Games. More importantly I learned so much about myself, the world, and what I can do to give back after the 10+ years I had the privilege of representing the USA . In conjunction with working with the Nordic club, I have been the Program Director and Head Coach for the Women's Ski Jumping team sense the spring of 2011. I had the honor of taking the 1st ever Olympic Team to Sochi, Russia in the winter of 2014.

Show More Bio...
Alan held the American Distance record of 221.5 meters (721ft) set during a ski flying event in Planica, Slovenia in the spring of 2002 until March 2017. When not coaching can be found... helping my wife Guro take care of our 6 boys oldest 10 and youngest a few months old and once in a while you may catch me on my mountain bike enjoying the trails during the summer and winter hopefully skiing with my boys.