What is Moguls Skiing?

Mogul skiing is the only all-encompassing ski discipline, combining speed, acrobatics, and technique into one sport. It’s an exciting event and has consistently ranked as one of the highest viewed sports in the Winter Olympic Games. Mogul skiing occurs in a course composed of three sections of moguls separated by two jumps. Athletes are scored based on the quality of their turns, the difficulty and execution of their tricks, and the speed at which they make it down the course. Mogul skiing hosts two types of competition, singles and duals. A singles competition is a one at a time event and the athlete is judged based on the execution of their run. In duals, athletes race side by side, adding an exciting race component to the already spectacular singles event.

PCSS is dedicated to the development and growth of young athletes in the sport of Freestyle Mogul Skiing. Our goal is to ensure each athlete is given the opportunity to reach his or her full potential in the sport and life by instilling dedication, sportsmanship, building confidence and strong character. We value integrity, commitment, and personal growth. We believe in a positive attitude, positive environment, and a positive experience. 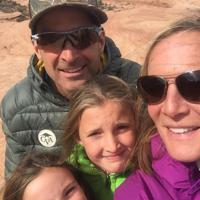 Jeff has a life time of experience in mogul skiing and more than 17 years of experience as a Freestyle Program Director. Jeff most recently was the Freestyle, Freeski and MTB Program Director at the Telluride Ski and Snowboard Club. Before that, he was the Freestyle Ski Director at Gould Academy, in Bethel Maine. He is a former member of the United States Freestyle Development Team, two-time Jr World Championships Coach and has coached multiple athletes who have gone on to the U.S. Ski Team, World Cup and Olympic Games. In addition, Jeff is a U.S. Ski & Snowboard level 300 Aerial coach and also holds certification with American Sports Education Program (ASEP). 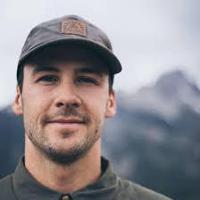