Aerials is a sport of the freestyle skiing discipline in which athletes perform various in-air tricks.& Aerialists ski off 2-4 meter jumps, that propel them up to 20 meters in the air. Once in the air, aerialists perform multiple flips and twists before landing on an inclined landing hill.

Instead of perfecting their flips and twists over the snow, aerial skiers try out their new maneuvers on ramps that launch them over huge swimming pools, as seen at the Utah Olympic Park.

PCSS is dedicated to the development and growth of young athletes in the sport of Freestyle Aerials. Our goal is to ensure each athlete is given the opportunity to reach his or her full potential in the sport and life by instilling dedication, sportsmanship, building confidence and strong character. We value integrity, commitment, and personal growth. We believe in a positive attitude, positive environment, and a positive experience. 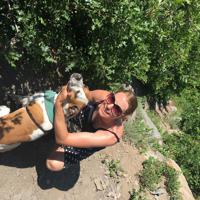 I grew up skiing in the Black Hills of South Dakota and my interest in Freestyle skiing started around the age of 3 when I (according to my parents) saw aerials on TV for the first time. My interest continued as I grew up as a gymnast and skier, and I convinced my parents to bring me to the UOP for my first water ramp camp in 1995. I was instantly hooked and have been involved in aerials ever since. I was a member of the US Ski Team from 2000-2010 and was part of the 2003, 2005 and 2009 World Championship Teams and 2006 and 2010 Olympic Teams. I started coaching in 2013 and took over as head coach of the aerial program in 2015. I am a Level 4 Aerial coach, have a BA in Communications from Westminster College and live and play in the Park City area with my husband JJ and our two dogs. 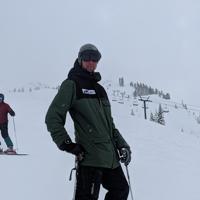