What is Snowboard Freestyle?

Freestyle is viewed as the most self expressive aspect of snowboarding. Freestyle snowboarding is any riding that includes performing tricks.  The rider utilizes natural as well as man-made features such as rails, jumps, boxes, and various other features to perform tricks.  Riders focus more on challenging themselves in terms of difficulty, creativity, style, and execution to achieve success.

Boardercross is a discipline within snowboarding that many feel combines aspects of the essential snowboard riding skills in an exciting racing format at the highest speeds.  Groups of riders snowboard through a defined and set course while navigating various terrain features as fast as possible.

We aim to provide a fun and quality program for riders committed to snowboarding and personal development in and out of sport.  Our objective is to produce well-rounded snowboard riders and competitive athletes (if desired). We strive to foster a life-long love of snowboarding and individual progression up to an elite level.  We give every team rider the opportunity to improve their snowboarding skills in a supportive environment that builds character and encourages a life-long passion of snowboarding.

We believe Respect, Hard Work, Honesty, and a Healthy Lifestyle to be key.  The end result no matter where a rider enters or exits the snowboard program is a continued passion for the sport.

PCSS Snowboard staff have National Team and Olympic coaching experience, and two members bring 15-plus years of full time year round continuous coaching experience at high levels such as; XGames, Euro X, FIS Junior Worlds, Revolution Tours, Project Gold Camps (both on-snow and fall trampoline camps), and USASA Nationals with too many champions, podiums, and general strong finishes at all levels to list. We look forward to working with you and your athlete at whatever level to help them to begin to obtain their individual goals. 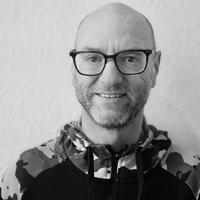 Michael was born and grew up in Portland, Oregon graduating from the Catlin Gabel School. He played collegiate soccer at Regis College in Denver, CO before then attending and graduating from the University of Montana with an art degree and additionally K-12 teaching certificate. Michael worked as a ski school director and PSIA Level 3 and Division clinician/examiner before becoming Snowboard Program Director/coach at Carrabassett Valley Academy in Maine. Michael was a United States of America Snowboard Association (USASA) Junior National Team Coach in 1999-2000 and again in 2001-2003 and coached the team in France and New Zealand. Michael started the Park City Snowboard Team in 2003, a youth development program and non-profit. In 2008 Michael joined the New Zealand National Team as a Development Coach and became their World Cup coach for 4 years as well as 2010 Olympic Halfpipe coach. Post 2010, Michael established the New Zealand women’s Slopestyle team as its Lead Coach, which sent 4 women to Sochi in 2014.