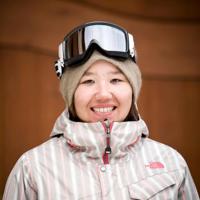 Callan learned to snowboard at age 7 along the Bering Sea coast of Alaska, 300 miles from the nearest ski resort. She spent her childhood snowmobiling and hiking surrounding mountains, later moving to Alyeska Ski Resort where she started competing in SBX. At 16, Callan was named to the US Snowboard Team and throughout a decade of competition she has secured National Championships, World Cup, Junior Worlds and X-Games medals, and represented the US at the 2010 Vancouver Olympics. After retirement in 2014, she served as the assistant coach for the Park City Snowboard Team and will be rejoining us for the 2019-2020 Season as SBX Head Coach. 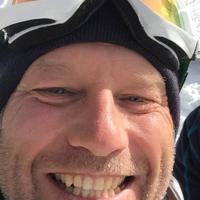 Chris Davies is formerly the Snowboard Program Director at Gould Academy in Maine. Gould Academy is an independent boarding school and academy in the East. Chris has been developing and supporting athletes of all levels and in both freestyle and snowboardcross. Chris brings a wealth of knowledge and experience to our club and program and we are excited to have him working with PCSS and assisting in or further growth.

Show More Bio...
Chris and his wife relocated from Maine to Park City in 2014 to join the coaching staff.

After a competitive career as a slalom kayaker in his native Great Britain, Chris turned to snowboarding as a winter sport, after his initial years in Europe. Chris and his wife Helen relocated in Maine USA in 1996. It's here that his coaching experience began, working at Sunday River where his jobs included; instructor, trainer, dev coach, and high school coach. All of these led to a program director role at Gould Academy. From this role Chris coached athletes to the X-Games, US Opens, Nor-Ams, and Junior Worlds.

Chris is currently part of the USSA Education Committee, a certified Level 300 coach, and a Level 300 examiner. He lives in Kimball junction with his wife Helen and their cat Vegas. Chris can not touch his pinky to his thumb.