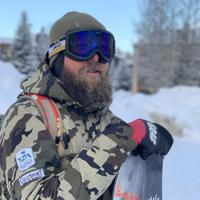 “Pops” has been coaching for going on 15 years between Maine, Oregon, and Utah. He is USSA/USASA level 300 certified coach and a frequent guest Coach at US Snowboardings Project Gold Camps. Outside of snowboarding Pops enjoys golf, skateboarding, and has a deep love of Star Wars and the works of J.R.R Tolkien. 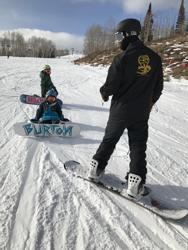 Sam coaches both weekend and weekdays. Sam is a AASI Level 200 instructor as well as USASA Level 200 coach. Sam continues coaching in the summers and works at High Cascade Snowboard Camp at Mt. Hood Oregon. 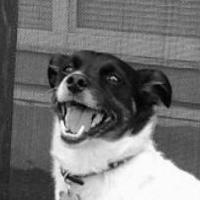 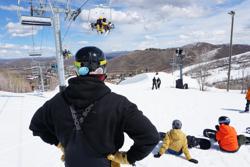 Todd has two daughters: Jade (18y/o + US Rookie Team member who still rides with PCSS as her primary coaching source) and 2nd daughter Violet who also trains with us. Todd is a USASA Level 100 coach and looking to get his Level 200.

Show More Bio...
Todd also works and coaches at the Utah Olympic Park at the pools/water ramps and airbag as much as he can during the summers. 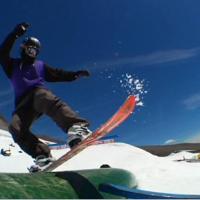 Snowboarding for over 10 years. I ride a lot of all mountain and park. 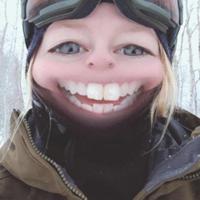 Jess came to us with AASI Level 100 certification and jumped right in starting with us during the 2016-2017 season. Jess will be in her 4th season with us in 2019-2020. Jess continues to shine and motivate everyone, and especially all our young female rippers!

Tyler originally worked with Program Director Michael here in Park City as a coach in 2003-2004. Tyler left the team and continued in his degree field of accounting and had a family.

Show More Bio...
Having returned to the staff 2 seasons ago and 2018-2019 will be his 3rd year after coming back. Tyler is certified as a Level 100 coach, is amazing with some of our youngest rippers, and always brings a smile and stoke! 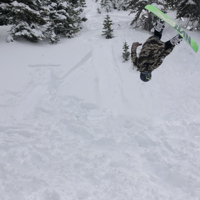 Nathan started out riding on the PCSS SBX Team. When he started school in SLC he made the transition from an athlete to a coach. This is his second year coaching with the team, and as a USASA Level 100 Coach. In his free time, he enjoys wakeboarding and climbing. 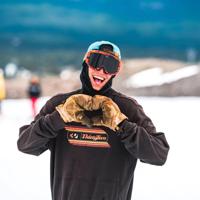 Pat originally is from the East Coast, growing up in Connecticut and attending college in Vermont to get a B.A. in both Secondary Education and History, Throughout school he worked winters instructing and summers coaching at Mt. Hood, Oregon. He has spent 7 years helping to improve the snowboarding of others and the past 3 years primarily working with freestyle athletes. 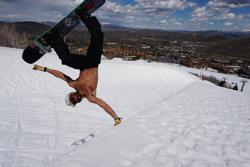 Big Mike came to us from California and Florida as a new team member. Mike spent 3 partial to full seasons with the team developing his skills as a rider and learning from us on the media side of things as well.

Show More Bio...
Today Mike is coaching his 2nd season at High Cascade Snowboard Camp at Mt Hood and 2018-2019 will be his second year as a coach on the team after graduating as a team rider. Mike bring energy, enthusiasm, creativity, Level 100 coaching certification, and contagious laughter each day!